This proposal aims to solve the lack of privacy and the information asymmetry in the voting process by enabling shielded voting and thus increasing fairness and encouraging more participation in governance.

Currently, the voting process is completely transparent in the sense that everyone can see how each token holder voted, while the vote is still ongoing. This lack of privacy and information symmetry can lead to manipulation or social pressure in the worst case as well as discourage people from voting altogether.

One problem with the current voting process is that it allows people to see how others in the community have voted while the vote is still ongoing. This can influence the decisions of individual voters, who may be swayed by the choices of those around them, whether they know them personally or not.

By keeping votes private until the voting has ended, we can improve the governance process:

Project lead and responsible for the implementation: Schmackofant from the tech working group

This article from Snapshot describes how the “Shielded Voting” feature works: 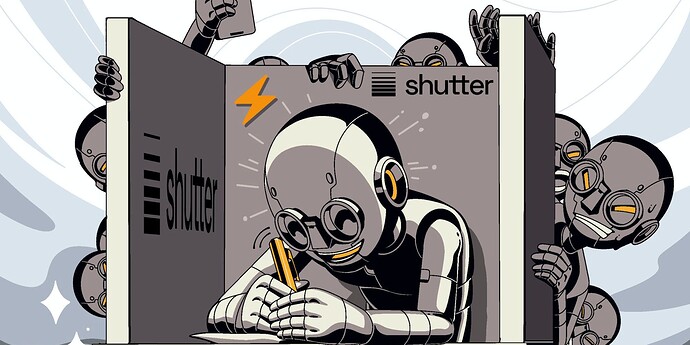 From the Snapshot feature description: “Shielded voting is a voting system in which the voter’s choices are private during the voting period and get revealed when the proposal closes. This prevents the voting process itself from influencing the vote results.”

Please note that with “Shielded Voting” enabled, nobody will be able to see preliminary results for the proposals. The result (pass/fail for proposals with binary options) will only be revealed at the end.

Also, note that the current practice of observing how others (such as VitaDAO stewards or known ENS handles) vote and voting yourself accordingly (“soft delegation”) will not work anymore either.
This practice can be implemented through delegated voting though, which we suggest being implemented as well in a separate proposal:
https://gov.vitadao.com/t/vdp-65-introducing-delegated-voting/

If this proposal passes, Schmackofant and the tech working group will enable “Shielded Voting” on VitaDAO’s Snapshot space.

Really excited about this feature, although i do think there can be huge value in seeing who voted how, it helps me for example to see which researchers are for or against a specific proposal, and specifically with introduction of delegates becomes even more useful… ideally one could pick if one stays anon during the vote, but think that would make the ux quiet complex and isnt intended by the implementation right?

I addressed the scenario you are describing above and I think it can be largely solved by bringing delegation into the mix:

Also, note that the current practice of observing how others (such as VitaDAO stewards or known ENS handles) vote and voting yourself accordingly (“soft delegation”) will not work anymore either.
This practice can be implemented through delegated voting though, which we suggest being implemented as well in a separate proposal.

As soon as delegation is enabled, you can delegate your votes to this trusted researcher and let him vote for you.

Yes, the information that researcher XY has voted “No” is not as accessible anymore during the voting phase after enabling Shielded Voting (at least not directly on Snapshot). But you can probably still get this information by checking for the person’s reactions/feedback to the proposal on Discord or Discourse or directly asking them.

ideally one could pick if one stays anon during the vote, but think that would make the ux quiet complex and isnt intended by the implementation right?

This is not really a UX problem, rather that is a completely different concept. Shielded Voting is supposed to create information symmetry (-> everyone has the same amount of information at the moment they’re casting their vote). Letting people choose if they want to hide their vote during the voting phase would mean less information symmetry, not more.

great points, still really believe that its useful to see everyones votes and which researcher or delegate is voting what, but could also see the value in having it shielded, would there still be a preview of say 60% voting yes

That’s not technically possible since the votes get decrypted and verified only at the end of the voting phase. This means that you can not 100% guarantee that one vote is valid and genuine until you actually decrypt and verify.

Snapshot is thinking about implementing an estimate (% of Yes/No) to display while the voting is still going on. Don’t know currently if and when they will add this.

If we are optimizing for the best decision-making, which in my opinion is the most important consideration, then we should blind voting. If you disagree with me, this book has certainly convinced me

The same opinion I hold. Groupthink bias exists and as the proposal mentioned, it will help prevent voting due to social pressure.